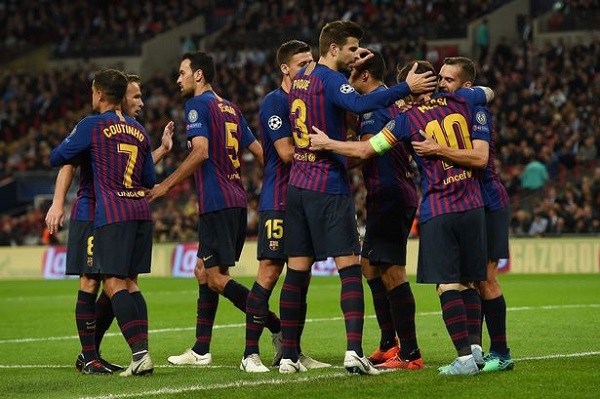 We all know how crucial Messi can be when he’s on the pitch with his fellow teammates, no matter which jersey he dons. He’s the kind of player who masters everything and works hard to perfect his skills, which makes him special.

For football fans, it is unarguably to say that Leo Messi is one of the players who deserve to be called the “greatest of all time”, or the G.O.A.T. as we call them. But the cruel truth is, Barcelona will experience a downfall if they don’t plan for life without him.

We all know what Real Madrid is experiencing after Cristiano Ronaldo’s departure to Juventus. With Los Blancos headed to the international break without winning any of the four games they’ve played, this could serve as a warning to their fierce rivals.

For Barcelona, Messi is more than just a legendary player. He’s the icon of the club and to be honest, as a player, it’ll certainly affect Barcelona if the Argentine decided to call it a day in his professional football career.

Without Messi, Barcelona won’t be a bigger club than we’ve possibly imagined. Without Barcelona, he wouldn’t be the superstar he is now. Barcelona gives Messi the resources for him to thrive while Messi returns goals and points for the team.

Now, here’s the question, “what may Barcelona experience when Messi retires?” I believe that there won’t be an absolute answer for it since the future is unpredictable in the football world.

However, there’s one thing for sure – without a suitable reinforcement to play in Messi’s position, Barcelona will struggle in finding the back of the net, just like what happened to Real Madrid these days without their Portuguese leading man.

Messi is irreplaceable and the only thing Barcelona can do is to find a player with identical, technical skills like him. It doesn’t matter if he’s from La Masia, other big clubs or somewhere else. The aim of the project is that they must find someone like Messi.

It doesn’t mean that Messi’s successor must shoot with his left foot and has a short height, though. For Barcelona, the most important quality of the “chosen one” is that he’ll need to consistently score a lot of goals to help the team to clinch the 3 points and secure the trophies they can get.

From the board’s perspective, they may want to seek help from the transfer market in order to get the proven talents outside. What matters to them is money. Hence, I won’t be surprised if one of the “big names” will be posing with the Blaugrana jersey soon.

However, let’s not forget that Barcelona has a lot of youngsters at their disposal, like Malcom, Munir, Ousmane Dembélé, Aleñá and Abel Ruiz. They may consider recalling Alcácer, who is currently on fire and started to score loads of goals in the Bundesliga. Still, he’s nowhere close to Messi.

As a Barcelona follower myself, other than buying players, I would want to see the local boys to take place of our Argentine hero. I wish the board can make good use of our very own “talent-based” La Masia to expand our brand of “més que un club” for a little bit.

Therefore, “Project Messi” may not be a problem in the long-term if it pays off eventually. But it all depends on the board (especially Josep Bartomeu himself) on the attitude of the matter and eventually, how they decide to execute the strategies.

The current Barcelona squad is good but they’ll need to stop relying heavily on Messi to become better. Barcelona aren’t a one-man team, after all. Thankfully, the future of Barça is in safe hands, so let’s see how Bartomeu will formulate a plan for them.