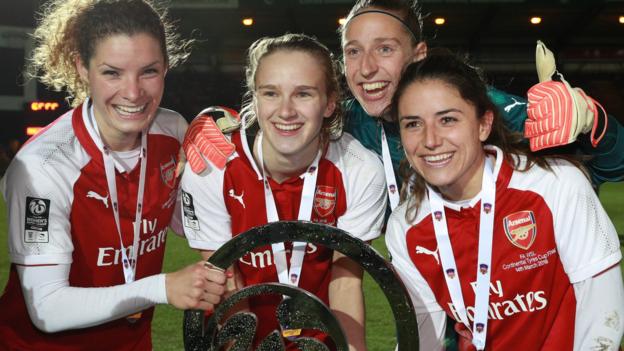 We all love watching men’s football and without a doubt, most of our posts are about 20 men running and fighting for the possession of the ball.

However, in recent days, women’s football started to grab my attention and eventually, I became a fan of the women’s team of Arsenal, just like what I did to their men’s counterpart.

Of course, I’m not supporting Arsenal just because of Vivianne Miedema (and her smile), my favourite player of the squad. The reasons why I’m a fan of the female Gunners? Here you go!

If you really want to watch regular women’s football, the FA Women’s Super League (FAWSL) can be a good start.

Yet, Arsenal aren’t the only side with a decent team. Chelsea, Manchester City and Liverpool are also eager to become the table toppers despite the fact that luck wasn’t on their side. And this is what makes the FAWSL interesting.

In fact, women’s football is underrated these days. A number of international clubs like Bayern Munich, Juventus and most recently, Manchester United have their own women’s team, nonetheless, they’re in the shadows of their men’s counterpart.

Football should be a sport for everyone, regardless of their gender. Let’s promote women’s football and have them gain the recognition it deserves! Come on you Gunners!