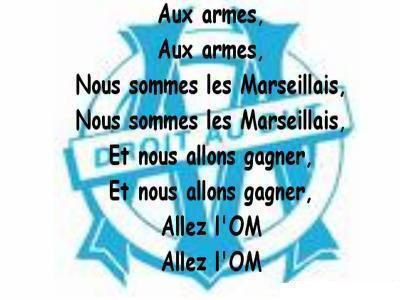 Olympique Marseille may not be a household name since Paris Saint-Germain is the focal point for Ligue 1 fans and football lovers. However, for those who know French football well, Marseille used to be the best and now, will they become the sleeping giants against the dominance against PSG?

The biggest feat of the club from southern France is that they’re the first (and currently, the only) French club to win the Champions League after Basile Boli’s goal secured the title for them.

This is why the unofficial motto of the club is “à jamais les premiers”, which means “forever the first” in French. Despite the historical achievement, Marseille regressed after lifting the “Ol’ Big Ears”.

Marseille were involved in one of the biggest bribery scandals in France and as a punishment, they were forced to relegate themselves to Ligue 2 and got promoted after two years.

Marseille continued to perform well in Ligue 1 and were heavily involved in European competitions, but were, eventually, denied by Valencia 2-0 in the UEFA Cup (now Europa League) final in 2004.

Last season, Marseille became the finalists of the Europa League final again, after beating Red Bull Salzburg in extra time with defender Rolando scoring the winning goal. Sadly, they were beaten 3-0 against Atlético Madrid in Lyon.

Outside Ligue 1 and Europa League, there were some good news for Marseille fans.

In recent days, there are a few players of the club who were called up by club legend, Didier Deschamps, to his France national team.

They’re winger Florian Thauvin, defender Adil Rami and goalkeeper Steve Mandanda. While they may not have contributed a lot and caused a lot of impact in the World Cup, the rest is history.

Though Marseille are currently a bit weakened this season, under Rudi García’s guidance, it seems that the team are back on track. With an impressive 3-2 away win against Monaco and a comeback of the same scoreline, OM are currently sitting at the 3rd of the table.

Despite being quite satisfactory in the domestic league, Marseille, as the finalist of the Europa League last season, dropped 5 points.

Following the defeat at against Frankfurt and draw against Apollon Limassol, it seems that their UEL journey may come to an end sooner than we’ve expected.

The reason why I follow Marseille is that OM is a club of history, unity and passion. For those who don’t know what the feature image wrote, here’s the English translation from French:

Marseille is a city with a rich atmosphere of football. And attached is the link of an official documentary made by the media team of the club. For those who would like to know Marseille as a club more, it’s worth the time to watch:

Marseille also has a rivalry with Paris Saint-Germain. It’s not just about the locations and the social statuses of the cities. Simply speaking, the competition started from the 1970s upon PSG’s inception, with Marseille being the dominant force.

Thus, for loyal supporters of both clubs, it is more than just a rivalry. Although Marseille has yet to get a taste of victory against the Parisians in the past few years, Marseille ultras are known to be very loyal to their club.

It somehow reminds me of the “Yellow Wall” of Borussia Dortmund, but let’s not forget that OM supporters can be a bit mad sometimes…

Aside from that, a few quality players are (and some were) actually Marseillais. Like Robert Pirès, Didier Drogba, Michy Batshuayi, Laurent Blanc, Hiroki Sakai, Kevin Strootman, André-Pierre Gignac and current captain Dimitri Payet, of course.

Finally, Marseille plays entertaining football with some of their matches were classical comebacks:

Thought that they would have lost 0-4 at home against Montpellier? They scored 5 in reply.

Not to mention that the 2009 version of the Choc des Olympiques where Marseille forced a 5-5 draw against Lyon in the hopes of keeping their dream in the Champions League alive.

As football fans, how can we not love that?

Marseille may have collapsed for a bit in the past decade, but from what I’ve observed, it seems that the Olympians are finding the winning feeling.

It will be a tall order if they are to challenge PSG of their title in this stage, but for Rudi García and his men, improving themselves would be the more realistic thing to do.