Earlier this week, the Wellington Phoenix announced their signing of Australian goalkeeper Ante Covic as an injury cover for Filip Kurto. Covic isn’t a bad goalkeeper – he’s represented his country and he’s played in three European countries as well as Australia. However, he’s also forty-three years old, two months older than his own manager Mark Rudan. That puts him at the older end of active players, but he’s not the oldest. Let’s look at who is.

Before we can go up, we have to go down. The Premier League doesn’t currently have any players as old as Covic, but it does have 16 players over the age of 35. Twelve of these players are goalkeepers, with the exceptions being Glenn Murray, Jermain Defoe, Phil Jagielka and Bruno Saltor, the oldest outfield Premier League player at the age of 38. Only one player crosses the line into 39 – Crystal Palace keeper Julian Speroni.

La Liga’s oldest is 38-year-old Juanjo Camacho at Huesca, while Serie A has Stefano Sorrentino, 39. The Bundesliga goes up to 40 with Claudio Pizarro of Werder Bremen. Ligue 1 has two more 40+ players, Gianluigi Buffon, 40, and Montpellier captain Hilton, 41.

Let’s look at international players. It’s increasingly common for footballers to retire early from international service, for a number of reasons – for young players to come through, to focus on club commitments, etc. And this isn’t so bad if you play for, say, Germany, where there’s a talent pool big enough to bring someone into your shoes.

That’s not really applicable, however, for a smaller country, somewhere without the population or facilities to excel in football – or much else, for that matter – but still loves the game. Somewhere like Andorra, the nation of one of the three active international players over the age of 40.

Juli Sanchez was born in 1978. He’s had a decent career by Andorran standards, playing in his home country as well as Spain and Portugal. He made his debut in Andorra’s first FIFA-recognised match, and he managed to get on the scoresheet in their win over Belarus in 2000, their first-ever. He’s played 70 games now for the tiny Pyrenees nation. In many ways, his career is the story of football in Andorra. And he’s still kicking – he played in Andorra’s most recent match, against Latvia, as a substitute.

For our other two international players over 40, we’re going to leave Europe in favour of the Caribbean.

I can’t find much information on Benny Labadie – perhaps it’s a side effect of playing for the U.S. Virgin Islands. In any case, he was born in 1977 and is forty-one years of age. He spent seven years at Skills F.C. in the Saint Croix Soccer League – there are two separate leagues in the Virgin Islands for mainly geographic reasons. He now plays for Rovers in the same league, he’s a goalkeeper, and that’s about all there is to know. Oh, and he started the Virgin Islands’ most recent match, a 3-0 loss to Barbados in November.

But there is one current international player that is older, and we don’t have to go far to find him.

400km southeast of Saint-Croix, we find the nation of Dominica. There’s only seventy thousand people on the island, and as such, quality footballers are had to come by. This explains the case of Euclid Bertrand, who was born in 1974 and is 44 years of age. Bertrand isn’t a bad footballer, having played in sixteen matches for Dominica, including just a month ago against Sint-Maarten. He’s also got five years’ experience up in Canada – not bad for a Dominican given the rest of their squad either play at home or elsewhere in the Caribbean.

Remember Essam El-Hadary? Of course you do. The Egyptian shot-stopper became the oldest ever player at a FIFA World Cup earlier this year when he played against Saudi Arabia – and saved a penalty – at the age of 45. He’s been left off the internationals part of this article simply because he retired from international football after the World Cup. However, he’s still playing club football, having left Saudi club Al-Taawoun in favour of former club Ismaily back in Egypt. His 46th birthday is in January, and he’s showing no signs of slowing down.

He’s by no means the only one still kicking at 45 – there’s also Oscar Perez, currently at Pachuca. Also a goalkeeper, Perez has 57 Mexico caps and went to two World Cups – 2002 and 2010. He’s not still playing international football, unfortunately, but he’ll be 46 in March and one can assume he won’t stop playing club football. 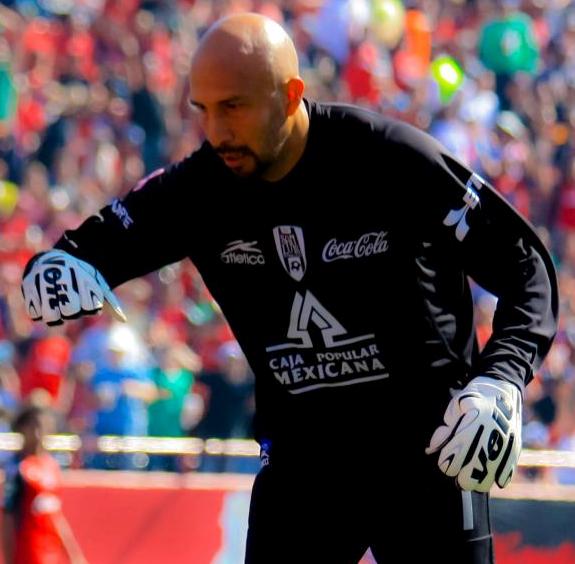 We can go older than both El-Hadary and Perez, though, and we’re going back to Andorra to do it.

Leonel Gancedo’s a pretty experienced footballer. He’s played for River Plate and Osasuna among other clubs. He’s got a Copa Libertadores in his trophy cabinet, along with six other competition wins. He retired at the start of 2009, at the age of 37, and one would assume that that was the end of Leonel Gancedo.

It was not. Encamp in Andorra hired him as player-manager in September this year, and Gancedo’s played fifty-one minutes over the course of three matches. He’s not done well at all, as Encamp are sitting in last place with one point and five goals scored in ten games, but he does get the distinction of being the world’s oldest footballer.

Well, no he actually doesn’t. We’re going across Europe, and across Asia, all the way to Japan.

The story of Kazuyoshi Miura

We’ve all heard of Stanley Matthews, haven’t we? The Englishman was one of the greats of the first half of the 20th century in footballing terms. He played a very long career, 1932 to 1965, and played for England for twenty-four years. He spent nineteen years at Stoke City and fourteen at Blackpool. He’s a true legend of the early game.

Kazuyoshi Miura’s not had that same loyalty – he’s played for thirteen clubs in his career, only two of which he’s been at for more than five years – but he has broken Matthews’ record as the oldest-ever professional footballer, which he achieved in March 2017. He’s played in a few countries – Brazil, Japan, Italy, Croatia and Australia – and he picked up almost ninety Japan caps in his ten years of international football before he retired in 2000 aged 33.

Since 2005 he’s been playing for Yokohama FC (no, not F. Marinos) in the Japanese second-tier. He’s seen twelve managers in that time, and even though his role has been somewhat diminished under new boss Edson Tavares, he’s still going at it at the age of 51. And I, for one, don’t see him stopping.