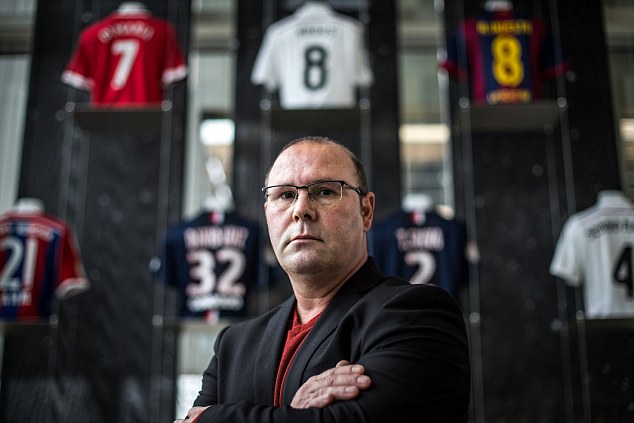 When you think of places where history might be made in the world of football, you’d think of the games, the players. World cup finals. Record-breaking transfers. Not the European Court of Justice.

On that day, the fifteenth of December, there was finally a verdict for the Bosman ruling.

Five years previously, the relatively unknown Belgian footballer Jean-Marc Bosman’s contract at Belgian club RFC Liege ended, and Bosman wanted to move to French club Dunkerque. However, despite the fact that his contract had run out with Liege, Liege was under no obligation to release him as they had not recevied what they deemed to be an acceptable transfer fee from Dunkerque. After some negotiating, Liege’s demands were too high for Dunkerque, and they lost interest in Bosman.

So, despite his contract having run out with Liege, Bosman was stuck in Liege.

Bosman saw this as violating the EU’s rules around free movement for workers, and ended up taking Liege, the Belgian FA, and UEFA, the governing body for football in Europe, all to court. To make a long story short, Bosman won his case, and football was fundamentally changed.

The actual ruling here is that once a player’s contract with the club is over, He/She is free to leave the club even if there has not been a transfer fee paid for the player

The implications of the ruling, however, are a lot more far-reaching.

1. The rich clubs win the most

If you’re a small club with a real gem of a player on your hands, one that could be playing at a higher level, with just one year left on his/her contract, then teams, richer and more successful teams, are going to be circling to try and get this player. And because most players want to play at a higher level, most players in this situation will want to leave to move to this higher level. And given this player has just one year left on their contract, then as a small club, you face a dilemma: You can either sell this player, and lose him for good, or you can keep him for one last year, and lose him/her without getting any money for him/her. For this reason, the rich clubs will get the best players, and therefore win the most trophies.

As transfer fees are no longer needed for a player to leave their club, the main way that clubs attract players is through money. This has resulted in the wages of players going completely bonkers. For instance, Sol Cambell signed for Arsenal in 2001, where he recevied wages of 100 000 dollars a week. But just ten years earlier in 1991, no footballer in the UK was earning 10 000 dollars a week. This ties in nicely with my previous point about how the rich clubs dominate their domestic leagues, as they can afford to pay their players in the surplus of six-digit sums a week.

Given that wages for footballers have skyrocketed, becoming an agent for players, or a middleman to help facilitate the transfers and renewals of contracts, has become an increasingly lucrative business. Now, in contract negotiations, player agents can demand ludicrous fees for themselves while they seek the best deal for their clients.

In the end, it’s difficult to know what to think of the Bosman ruling. It has morphed football into a world where the wealthiest win, and where transfer fees and wage bills keep rising, but, on the other hand, it now keeps players from being forced to stay at a club where they are not happy forever. The Bosman ruling has had both positive and negative impacts, and one can only guess about how history will judge it.

This post was also posted on the TEA news network, a crowd-sourced news platform that is an official partner of FootyFans. I highly recommend checking TEA out, it’s a great site.