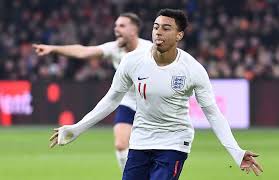 And yet, despite all of this success that happens in England, the English national team results have remained poor, for the most part.

Not counting the team’s recent success in the FIFA World Cup, the last time before that that England had won a game in the knockout stage of a competition was back in 2006. 12 years without winning a knockout stage game, in a team that has boasted stars such as David Beckham, Wayne Rooney, and John Terry.

There’s a reason why Gareth Southgate recently called for Englishmen to be given more playing time in the top flight. When English players have made up just 30% of the total minutes played, the options are really dwindling.

To make matters worse for Southgate and England, the bigger clubs in the Premier League, where you might hope to see some of England’s true stars play, have even less English players.

Chelsea and Arsenal are the worst in this category, with Chelsea having used just two English players, Ross Barkley and Ruben Loftus-Cheek, while Arsenal has only used Danny Welbeck and Ainsley Maitland-Niles.

And for young English players, the pushback has begun. Jordan Sancho, formerly of Manchester City, left the Citizens last year and joined Borussia Dortmund in the Bundesliga. Meanwhile, Reiss Nelson joined Hoffenheim on loan from Arsenal.

It makes sense why youngsters would want to leave for Germany. The environment there is so much more youth-friendly compared to the cutthroat environment of the Premier League. There, the basic ideology is that if you perform well at your current playing level, you will get a chance at a higher one.

So, especially when it comes to the big clubs, England has very much failed its young talent, and its general playing squad.

However, you can’t blame the managers of the big clubs for this. As Chelsea proved last season with Antonio Conte, simply failing to qualify for Champions League football is enough to get the sack.

When you are under so much pressure to succeed year after year, why would you take a punt on a youngster? And when you do, more often than not, youngsters from Argentina or the Netherlands may have more potential.

When it comes to promoting its youngsters, England and the premier league are in a real bind. What from the top clubs down to the bottom clubs need is a real culture shift.